For most dogs, severe fear remains just an unpleasant event, but in some animals the phobia acquires its character, transforming into a different, chronic form. The reasons for this transformation can be very different: among them, poor heredity, lack of socialization, and negative past experience.

The extrovert signs of fear are approximately the same for everyone. Often times, the dog becomes stiff and nervous, begins to tremble, and salivation often increases. In some cases, excessive barking, destructive behavior, and even severe aggression may occur.

Do you know what scares dogs the most? The most common phobias are not so many. Putting aside all the small and insignificant fears, I've compiled a list of the 7 most important ones.

1. Fear of thunder
Bronphobia, or fear of storms, is one of the most common phobias in dogs. The severity of brontophobia can vary significantly: some dogs only shake slightly when they hear thunder, curl their ears and tails and open their eyes wide, others literally begin to wag, try to hide, gnaw their tails, and even lose control of their gut or bladder.
Fear of thunder can occur both separately from other fears and as part of a general loud voice phobia. In the first case, the dog is only afraid of thunder, does not pay attention to the rest of the noise, including fireworks or street noises, and in the second, it is afraid of any noise that goes beyond the sound level that is personally comfortable for him, regardless of its nature.

Some dogs manage to eliminate this phobia altogether by gradually getting used to the sounds of fireworks or using commands as a way to control their behavior in moments of fear, but unfortunately there is no option for dogs with severe fear other than treating them with severe sedatives.

3.Fear of loneliness
Fear of loneliness is a more familiar name for strong experiences, the fear of separation, which arises in an animal when a person important to him leaves the home. Dogs exposed to this fear, when left alone, often exhibit destructive behavior, barking, howling, urinating, and scratching doors to go in search of their owner.

A simple change in the owner's behavior helps to cope with mild forms of separation fear. By developing a more restrained habit, both before leaving the house and after returning, the owner can significantly reduce the dog's anxiety.

The main way to deal with moderate or even severe fear of loneliness is through desensitization, the process of gradually getting used to leaving the dog at home.

As a shelter for a dog left alone, a cage can only be recommended in some cases where the fear is exactly "fear" and not the anxiety caused by the departed person. If the dog's stress is too high, medication should sometimes be considered.

4. Fear of riding a car
Often times, dogs are afraid of driving in the car because they do not have the proper experience with the puppy, but fear can develop as a result of negative experiences with the car. This could be motion sickness or memories of going to the dog's shelter.

Fortunately, this fear can be easily overcome. Using reward and praise, slowly pull the dog into the car and then slowly work on the problem with short trips. The important thing is that the destination is an interesting place for the dog, for example a park or the nearest forest. 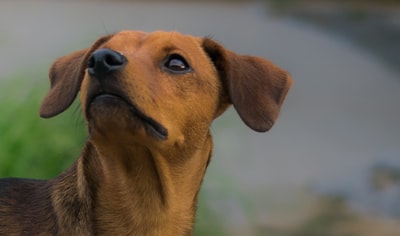 5.Fear of veterinarians
Oddly enough, quite a few dogs are afraid of going to the vet. A dog's first contact with a doctor is often associated with strange smells, new, incomprehensible feelings, and the restriction of freedom and pain often caused by injections. Not surprisingly, many dogs avoid visiting the vet afterward.

If this fear is not part of a complex of other phobias, it can be easily overcome. To do this, you only need to visit the veterinary clinic several times, not for an examination, so to speak, by a courtesy visit, that is, to "visit" by generously and sincerely rewarding his exemplary behavior.

6. Fear of going up and down stairs
This phobia in the overwhelming majority of cases occurs due to inadequate socialization or lack of experience. An adult dog who has never climbed stairs as a puppy will likely be afraid when he needs to walk up or down stairs.

Fear of stairs seldom takes serious forms and often manifests as resistance when trying to get the dog up the stairs. For some the game helps to overcome this kind of fear, for others you just need to push it a bit.

The exceptions are older dogs who may be reluctant to use stairs due to arthritis or other mobility issues, and animals that have had strong negative experiences with stairs in the past.

7.Fear of men
Many will be surprised to learn that dogs are quite afraid of men. Only sometimes this fear is caused by violence from the stronger sex: the more common cause is the lack of socialization.
The main treatment method for fear of men is systematic desensitization. You need to be very careful while at work, as a frightened dog may growl and even try to bite you.
Men who help a dog overcome fear should be instructed not to look into the dog's eyes or approach him without the caregiver's permission. Most likely, the dog will take a long time to overcome this fear.